Like a lot of people, we used Lima as a gateway to Cusco. Driving from the airport two things were obvious: the people here love a chat and this city has a major traffic problem. It gives Kathmandu a run for its money and the locals seem convinced that beeping their horn will make some sort of difference. Here are a few little things we found interesting while walking and cycling through the neighbourhoods of Miraflores,  Barranco, Chorillos and Centro: 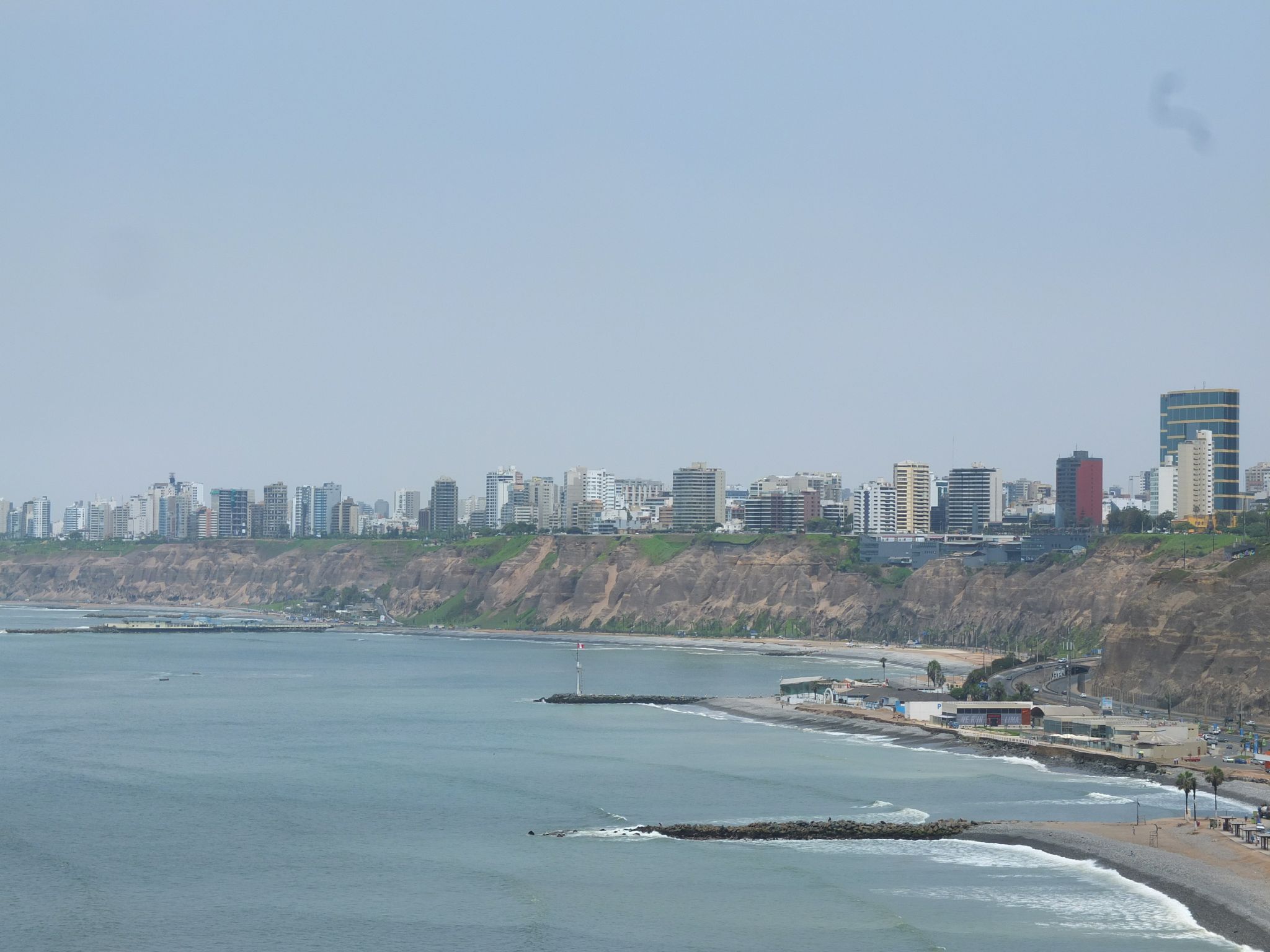 The people are passionate- about two things in particular. While they’ve put the war with Chile behind them they still feel very strongly about being the rightful creators of pisco sour. And i must say i was convinced. They do have a town named Pisco afterall, and were invaded by the Chileans. The other topic is futbol. It is on tv in most restaurants, although apparently their players enjoy the booze a bit much and aren’t that spectacular. Speaking of booze..

Microbrewing is just getting started- we only found four mainstream beers to choose from when out and about but Microbrewing is on the rise. Unintentionally, we swear, the hostel we chose to stay at also brews its own beer and has the best selection in town. They even had a quinoa beer and I figure if its got quinoa in it must be good for you yeah? While we were here the local elections were also being held. Like most of South America Lima has had its fair share of political unrest. So in the weekend leading up to the election nowhere was allowed to sell alcohol, can you imagine trying to impose this in Australia?! 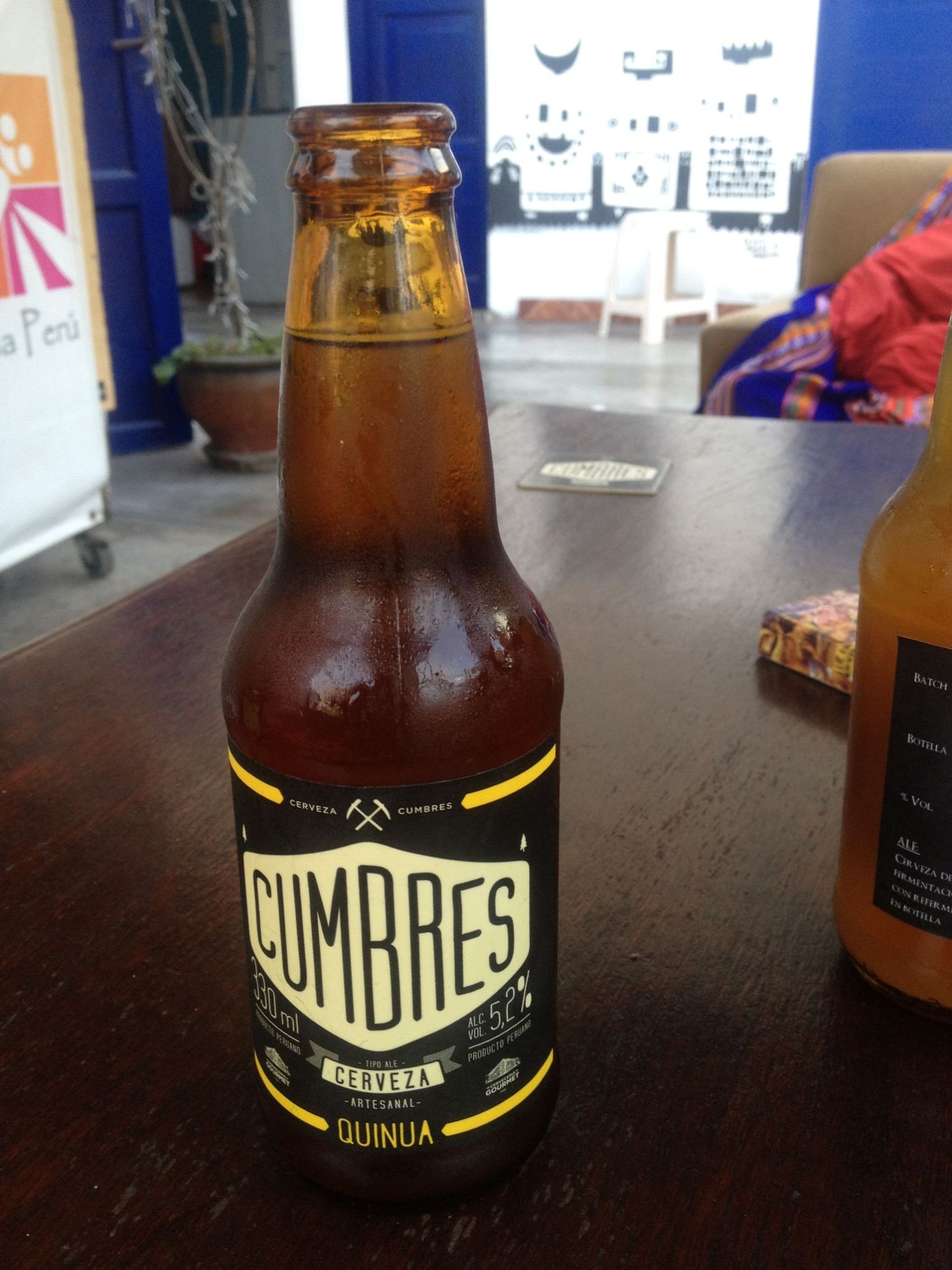 The buildings are beautiful- yellow seems to be the colour of choice but there are buildings in every colour here (our hostel was lime green). The first picture below is of Iglesia de San Francisco,  a church from the 1600s which is a great example of Spanish Boroque architecture, and also had catacombes.  Unfortunately we weren’t allowed to take photographs inside which is such a pity because it had lovely tile work and the woodwork was impressively intricate. 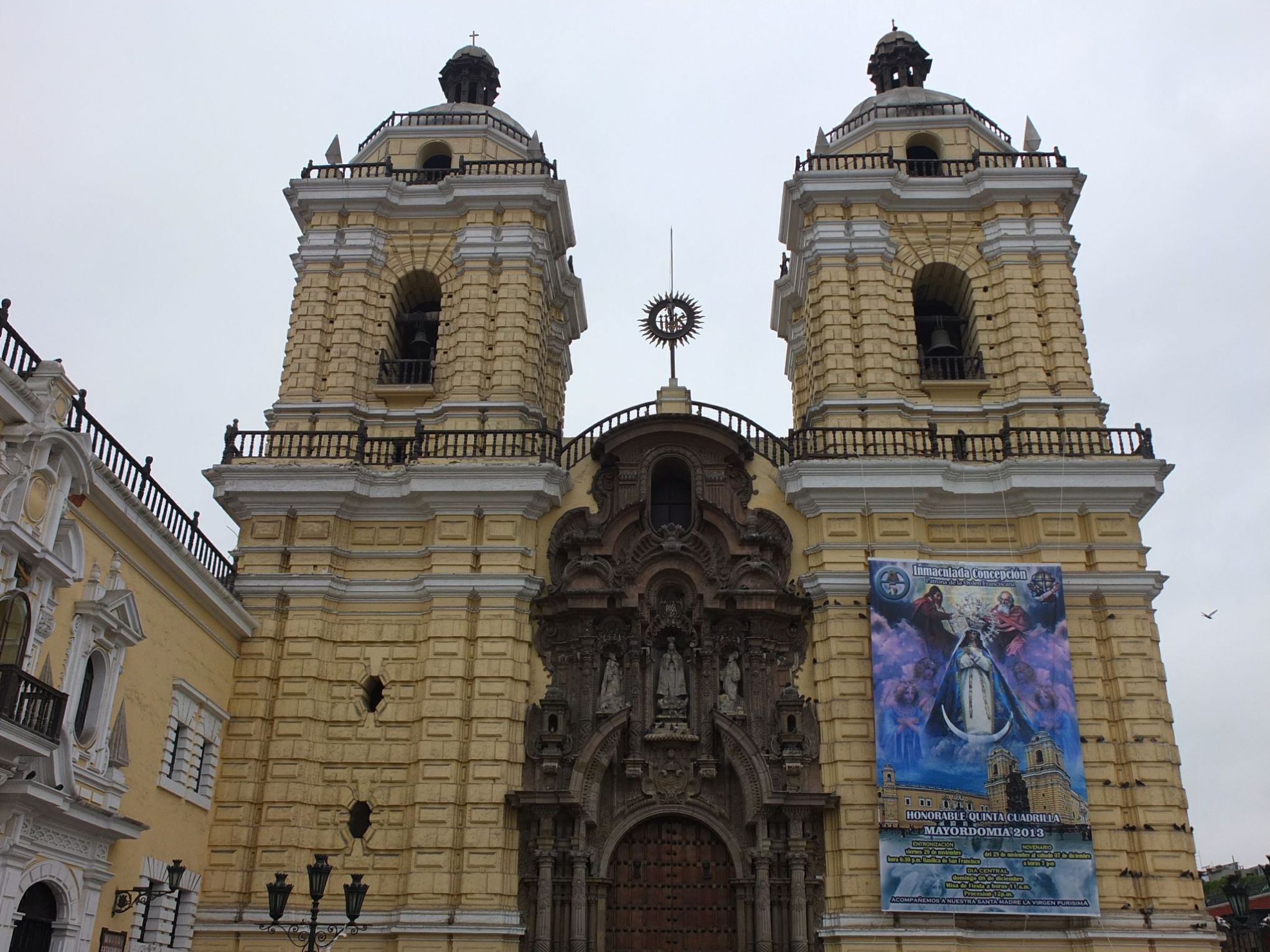 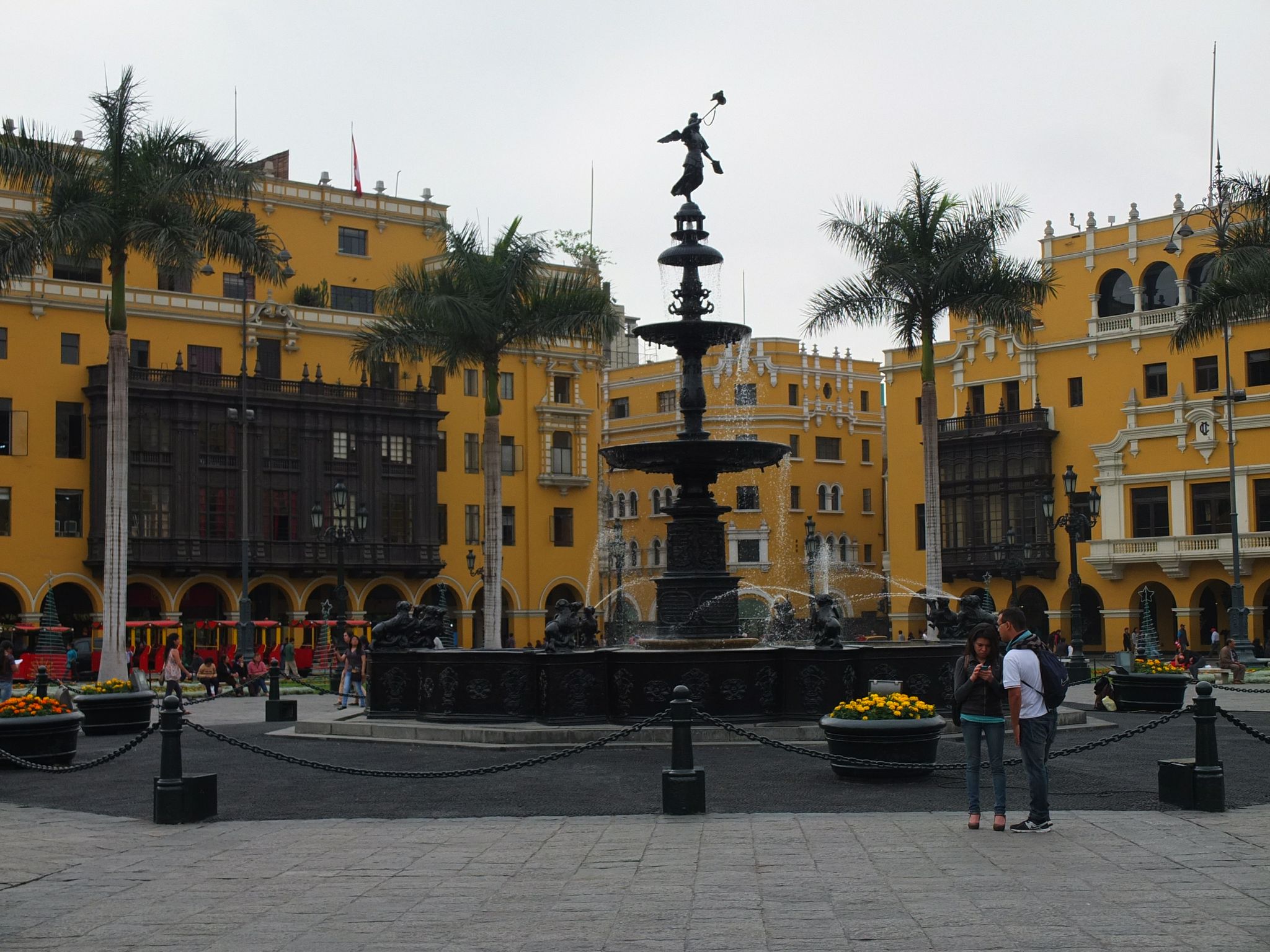 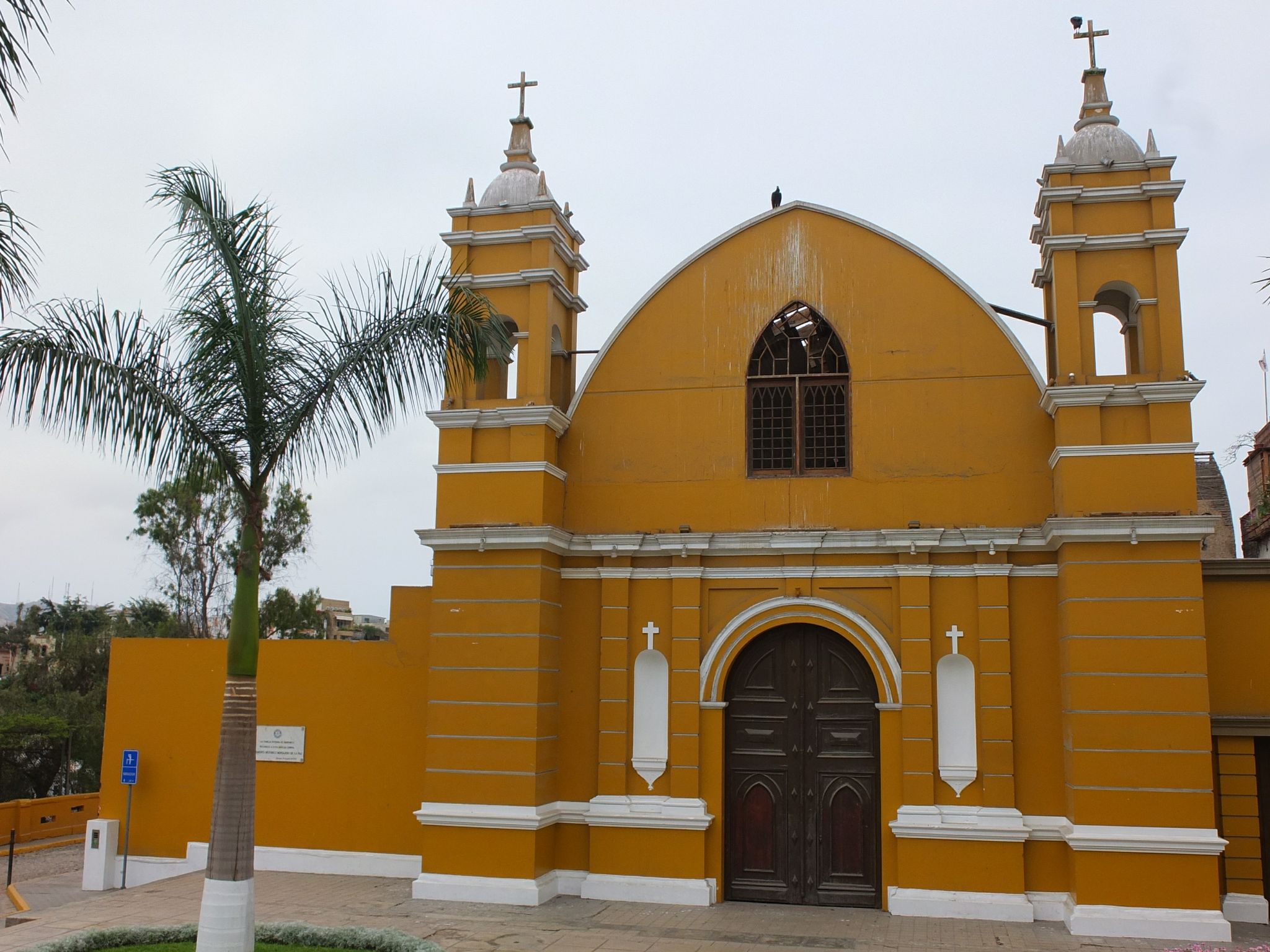 Skateboarding is acceptable- yep, right in front of security staff. We wandered along the coast and were amazed to find that outside Larcomar, a shopping centre built into the side of the cliffs, were heaps of kids skateboarding. No one seemed to mind.  The whole coast area reminded me a bit of home. On Sunday it was packed with people jogging, cycling, walking their dogs and using the free workout machines. The picture below was taken at love park. 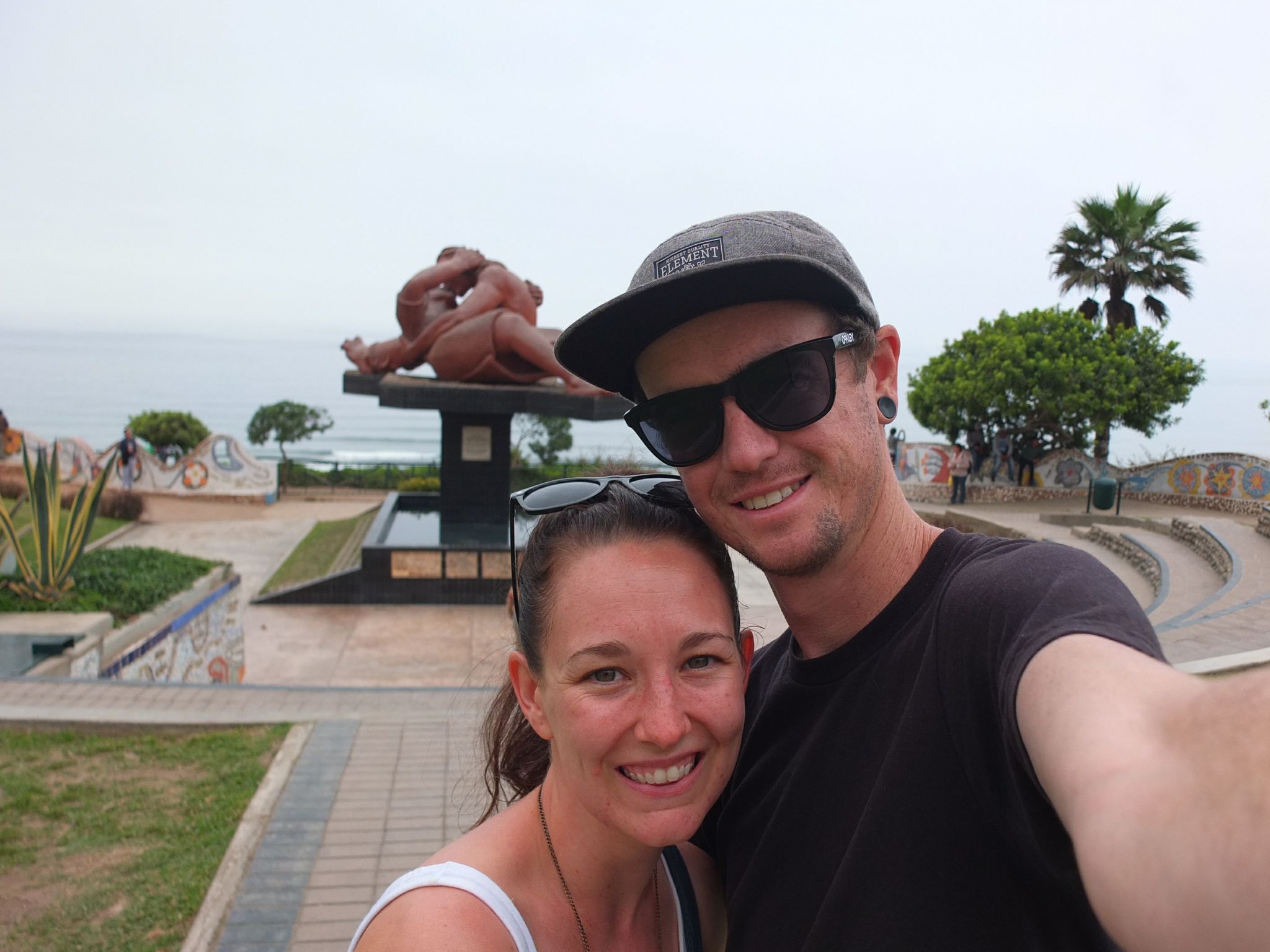 90s rock is still in- now this could be pure coincidence but we heard a surprising amount of 90s rock music in taxis and restaurants. Everything from offspring and nirvana to REM and the cranberries.

Rich & poor together- whereas most cities have rich and poor neighbourhoods Lima has neighbourhoods where there might be stunning houses or apartments then fevelas a bit further up the road.

They love their desserts- Apart from stray cats, Parque Kennedy was filled with dessert carts. Of course we got in line. The chorros here aren’t your typical chocolate variety and instead come with a caramel sauce inside. We also indulged in pie de limon, which was amazing. Everywhere we’ve been so far seems to have a love affair with ice cream but we’re yet to have any. Well, except for a mcflurry because maccas was the only place that would give us change for a large note so that we could catch a cab home. We might have to fix that in Bariloche in a few days (we’re a bit behind with the whole blogging thing).