Santiago doesn’t conjure up images of a seductive city in the same way that say Buenos Aires does but we’ve been pleasantly surprised in our three days here. Santiago, in particular Bellavista, is full of uni students and has a great artistic feel. Here’s how we’ve spent our time wandering about:

Checking out street art
Scattered throughout the Bellavista neighbourhood is an amazing array of graffiti. 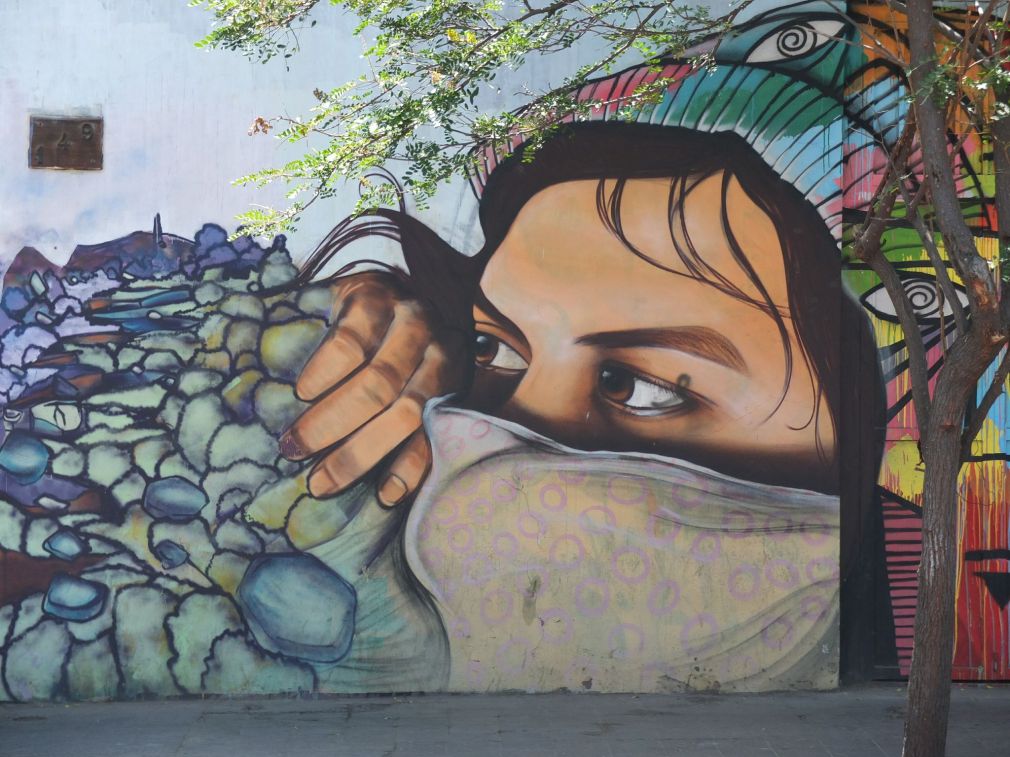 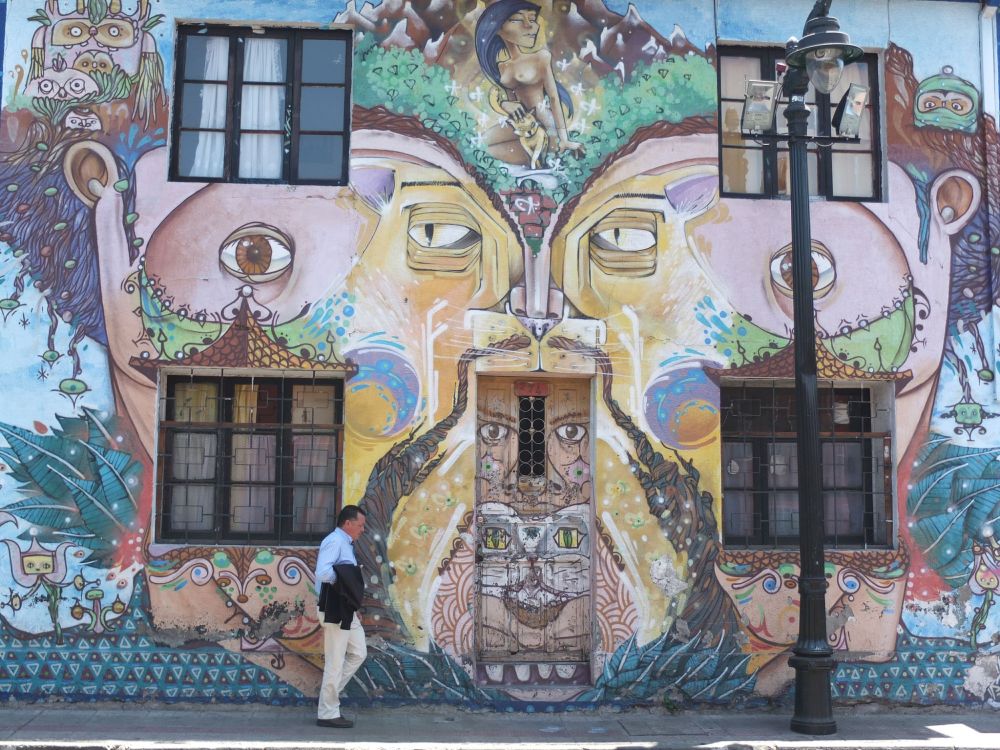 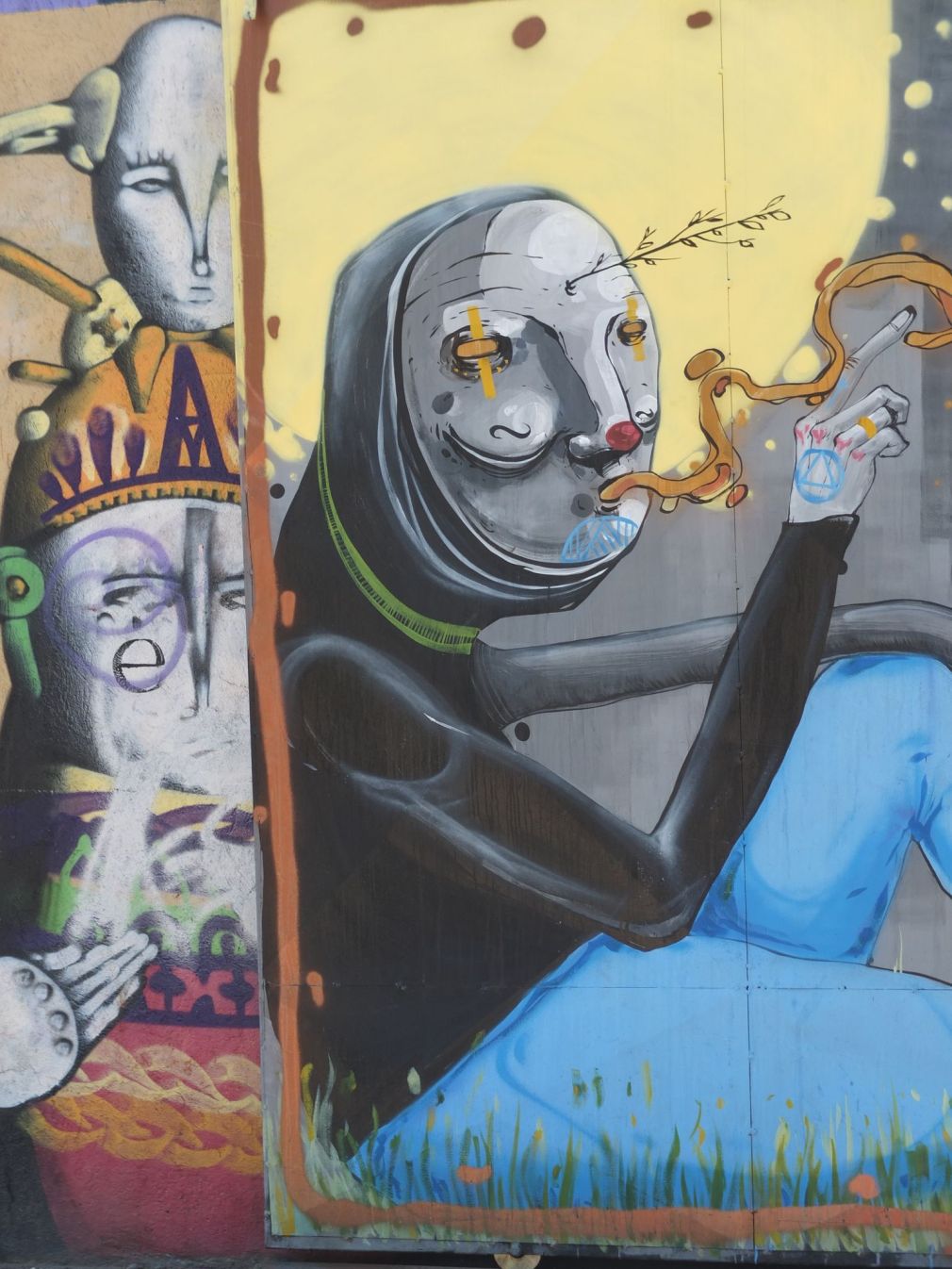 Free walking tour
This is always such a great way to get your bearings and learn about the history of a city from a local instead of a from a book or museum. Our guide philipe was wonderful and provided a nice insight into some interesting social issues such as the insane cost of uni for students here, the very wide gap between rich and poor, and the fact that 1 in 3 Chileans smoke- smoking inside was just banned in February. The tour is based on tips and started in the historically important Plaza de Armas. 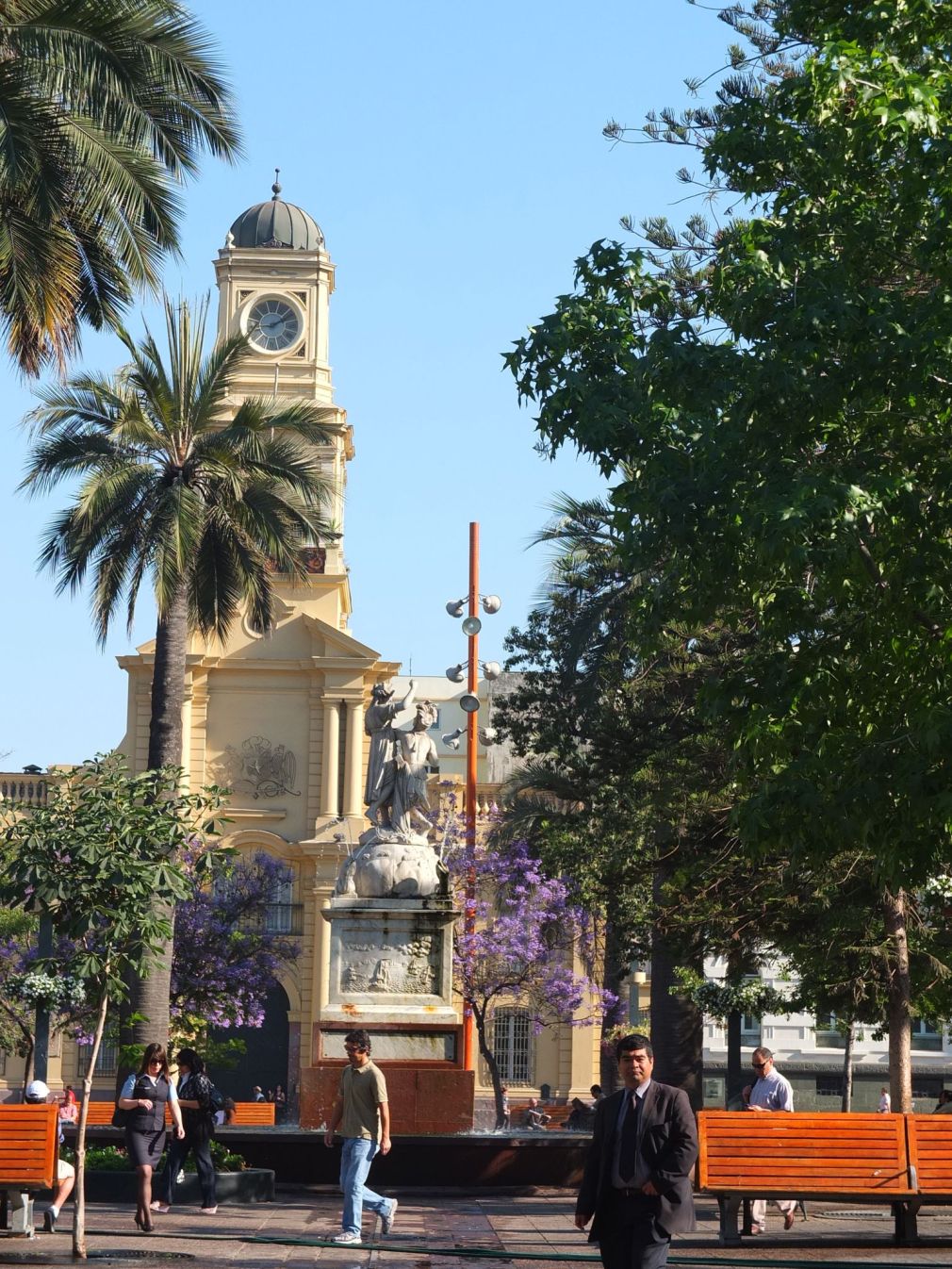 Cafe con piernas- coffee with legs
When I first heard about coffee with legs I assumed it just meant really strong coffee. We soon found it refers to cafes where the waitresses show off quite a bit of leg. The story goes that the original owner was sick of drinking the instant coffee that everyone here seems so fond of. This was his way of encouraging fellow businessmen to give Italian style coffee a go. Niall loved these cafes, and not for the reason you think. There are no chairs, coffee is drunk standing at a bar or high table, and you are given a small glass of soda water to wash your coffee down with. There are two main chains (with no less than 100 cafes in Santiago), haiti and caribe. Haiti having the better coffee but caribe a nicer feel. 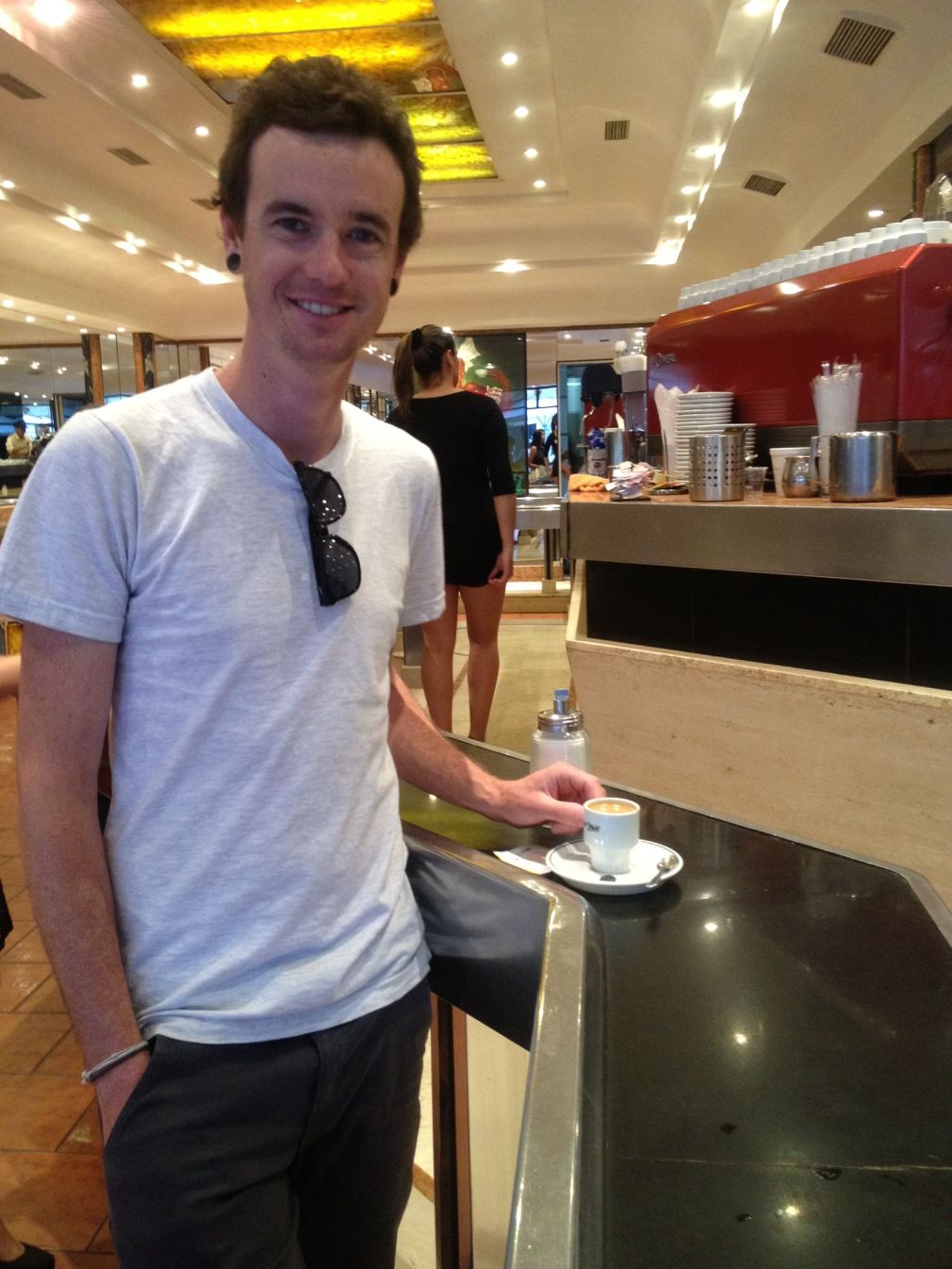 Stray dogs
Everywhere. Where ever we walk there are dogs, many of whom will join you for a few metres, probably in the hope of some food. But the strange thing is they are pretty well cared for. The locals seem to accept them as members of the community and feed them. They even provide them with a jumper to wear in the winter months and kennels in the parks (although this might be more of a gesture as they don’t seem to use them). We thought some dogs looked too good to be strays and it turns out we were right. Many people just let their dogs roam the neighbourhood while they’re at work. 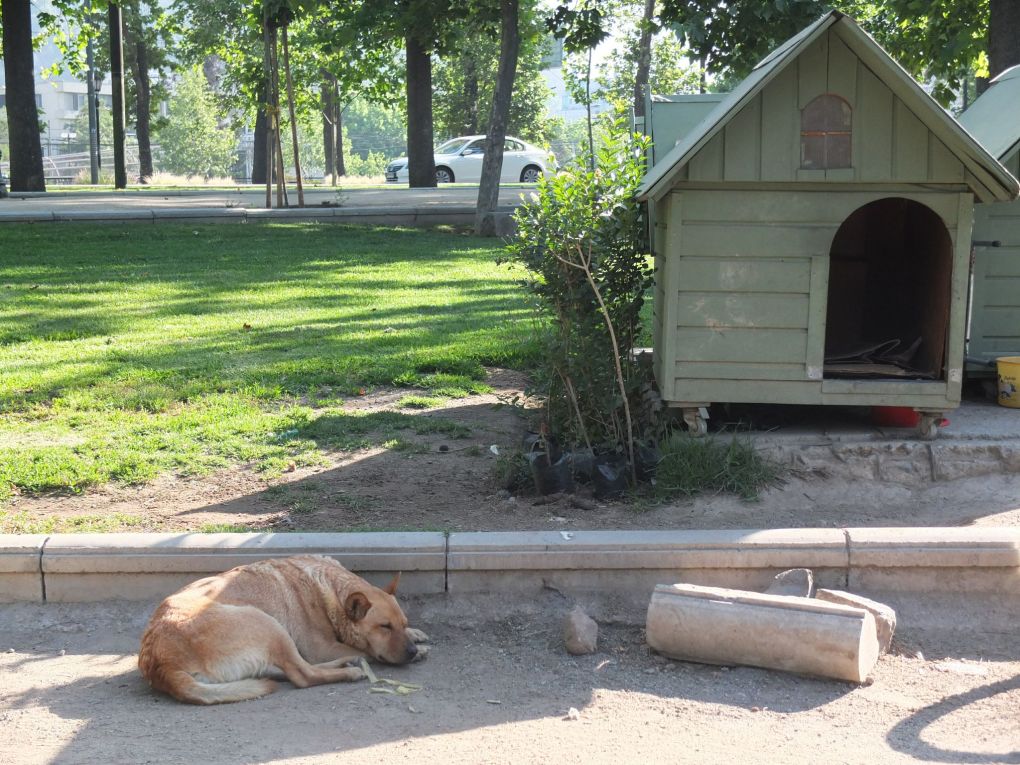 Eating & drinking (of course)
In typical form it took us less than an hour to locate a cheap cerveza (one of the perks of staying so close to a university). Since then we’ve tried a few local brews with the top pick being Soma, a pale ale. And of course we had to try a pisco sour (mix of grape brandy & lime juice). When I asked my brother in law what they tasted like before we left home his response was ‘I can’t remember, they must have been good’. Now I can see why. Don’t worry we have been drinking plenty of nonalcoholic beverages too (it’s 32c here). One of which is mote con huesillo, a random drink made of cooked wheat, peach juice, water and peaches- very sweet but refreshing! 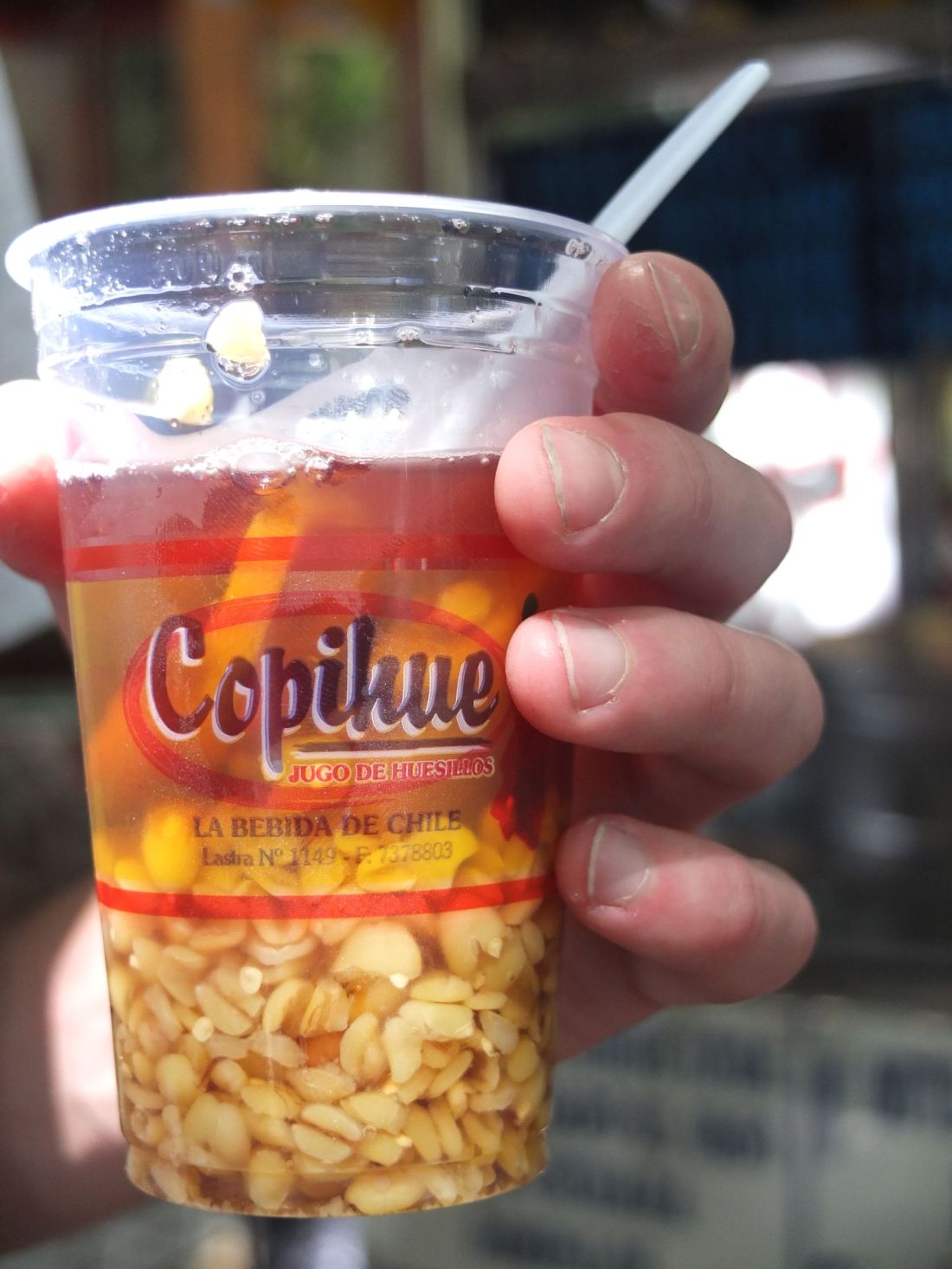 As expected the beef here is pretty darn good and features heavily on menus. As does seafood. Today we visited the fruit & veg matket followed by mercado central, the seafood market. Niall had the paila marina, a seafood soup while I have no idea what I had! The empanadas are good too. 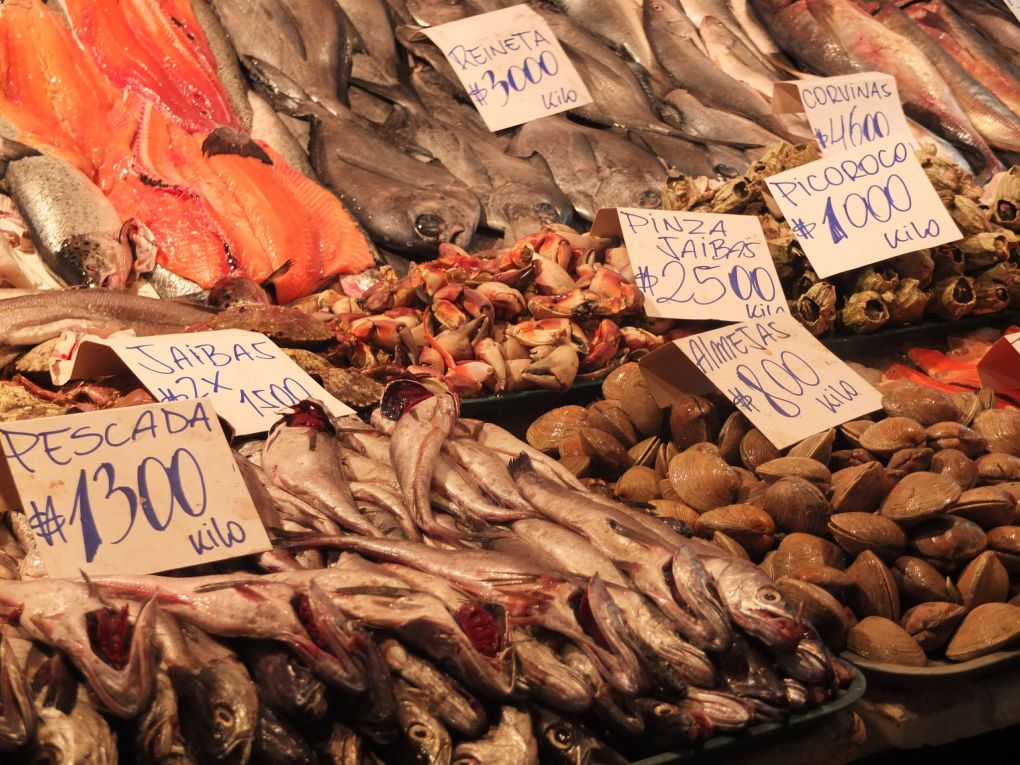 St Lucia hill
Although Cerro san cristobal has better views of Santiago we found it a bit boring and much preferred Cerro st lucia which has lovely gardens and an old castle. 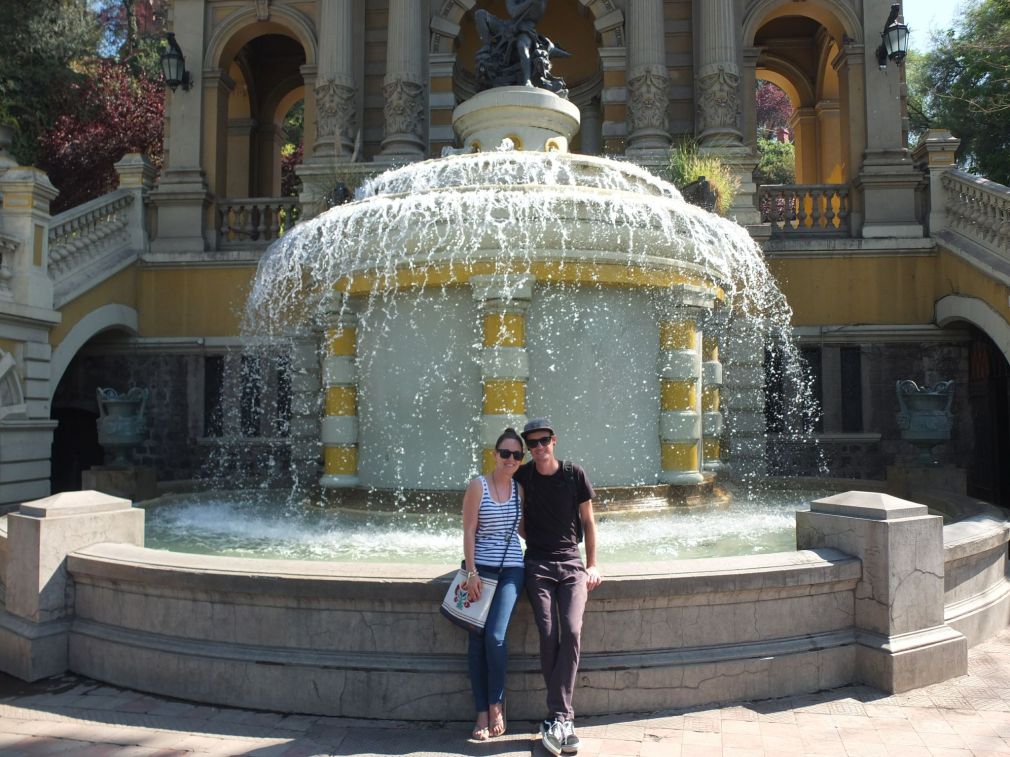 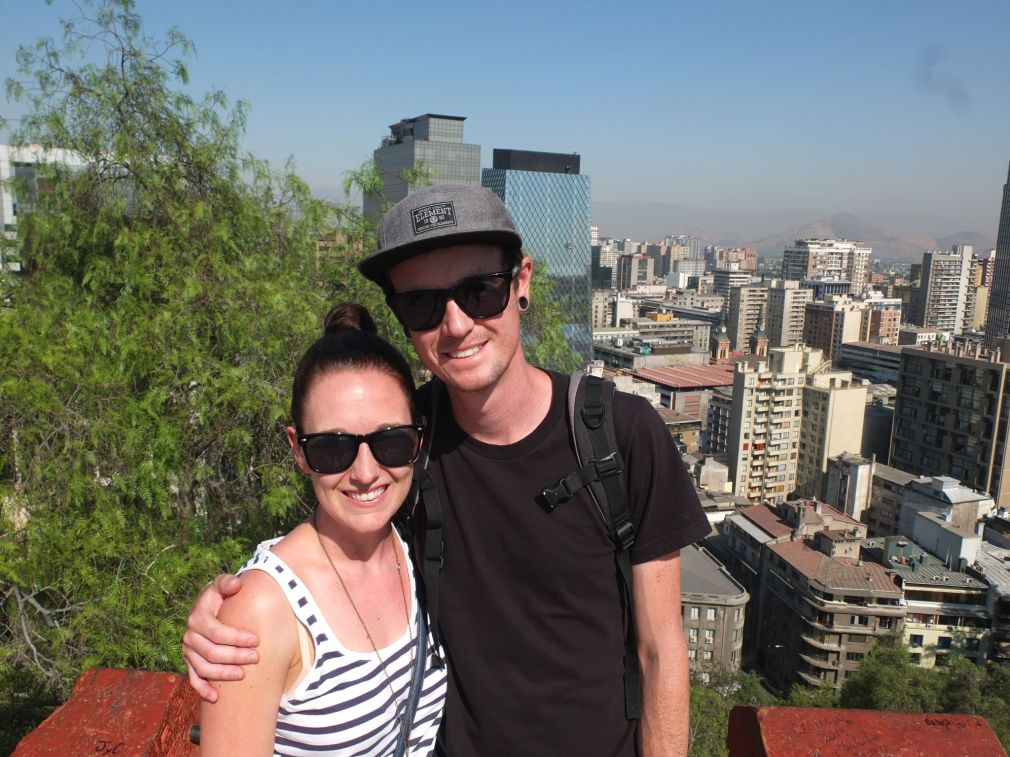 2 thoughts on “Walking up a storm in Santiago”