Every so often you have an experience that you are certain will remain fresh in your mind for years to come. For us, The Gibbon Experience in northern Laos is most definitely one of them.

For three days we lived in treehouses in the middle of the Bokeo Nature Reserve. Each morning, we were woken by the sound of gibbons singing to one another across the canopies. Not a bad noise as far as alarm clocks go. Our days were spent hiking and ziplining through the forest, with time to rest and spot gibbons in the afternoon.

But let’s backtrack. After watching the monks collect their food donations we strolled to The Gibbon Experience office in Huay Xai to drop off our backpacks. As expected, we sat down after much waiting around to watch the standard induction videos. What we weren’t expecting was the staff to hand out a can of BeerLao as soon as the safety video finished. Surely that’s a contradiction, but then again one can isn’t going to do all that much damage.

Piling into the back of 4WD utes we spent the next two hours getting to know our companions while driving to the remote village from where we would start our hour long walk to treehouse number 1. We could tell we were getting close after we drove through a river, the roads disappearing to be replaced by a bumpy dirt track that seemed to go on for miles. 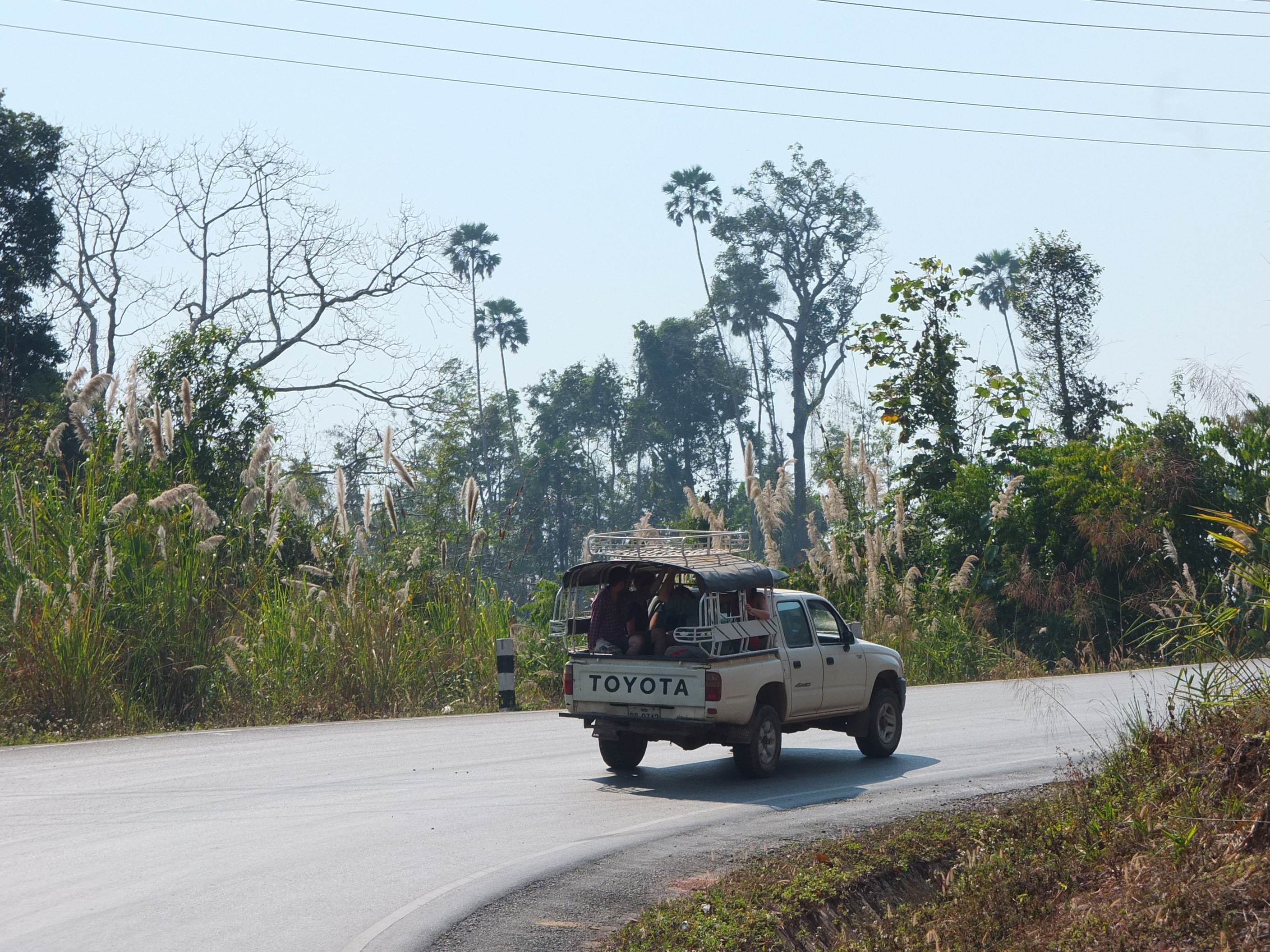 Following a delicious baguette for lunch we put on our harnesses and mentally prepared ourselves for the task of throwing our bodies from the safety of a wooden deck to glide over the trees below. Ok so it was just me, Niall doesnt give much thought to these things.

It didn’t take long to get used to hooking on and disattaching. Soon enough we were ziping along lines over 100 m above ground and up to 500 m long. The challenge was to try make it to the other side without stopping short, which required a mission impossible style hand over hand pull the rest of the way. By the second afternoon our guides were tugging on the wires to make it a bumpy ride over that almost guaranteed you wouldn’t make it the whole way. They thought it was hilarious. 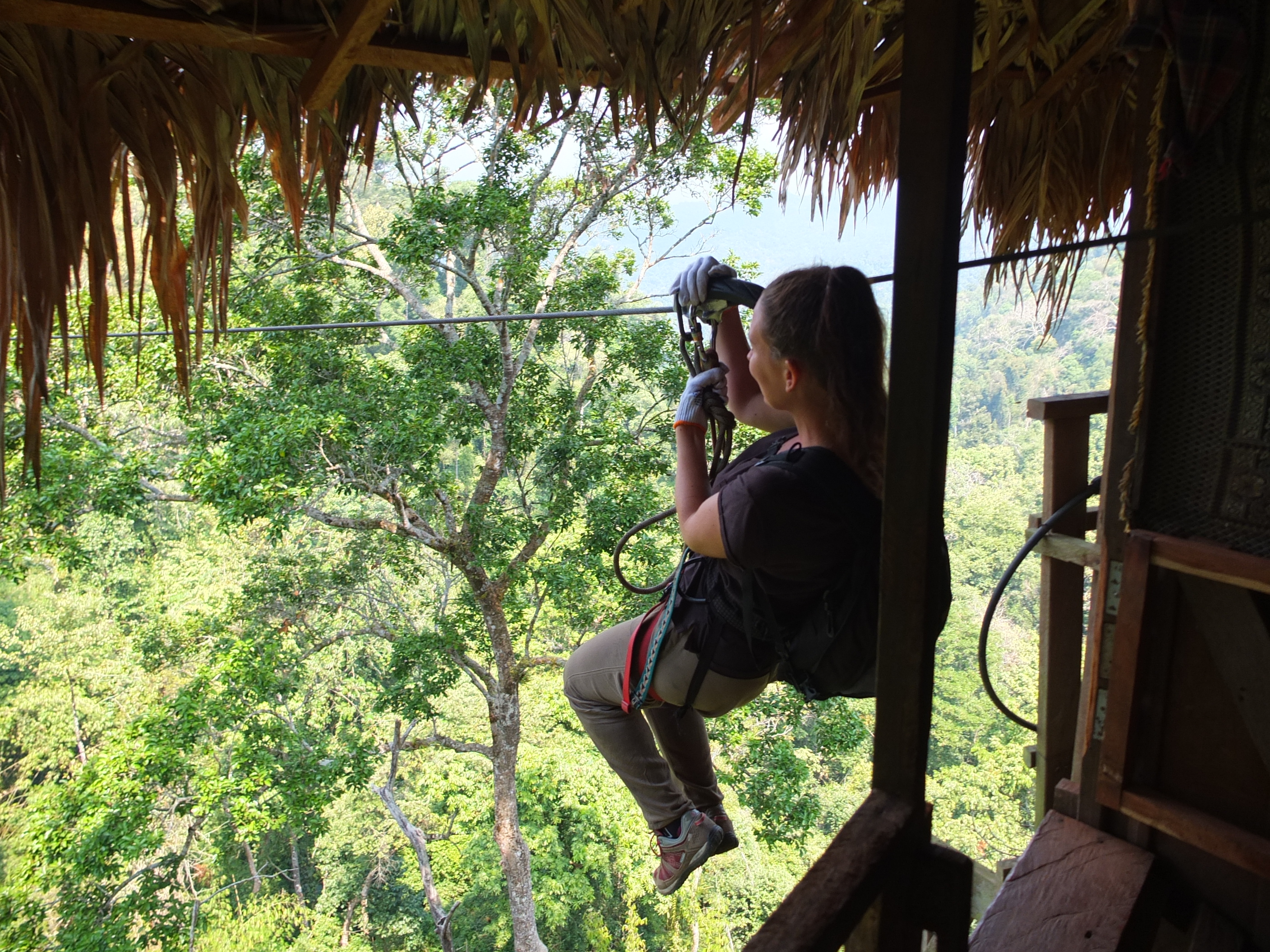 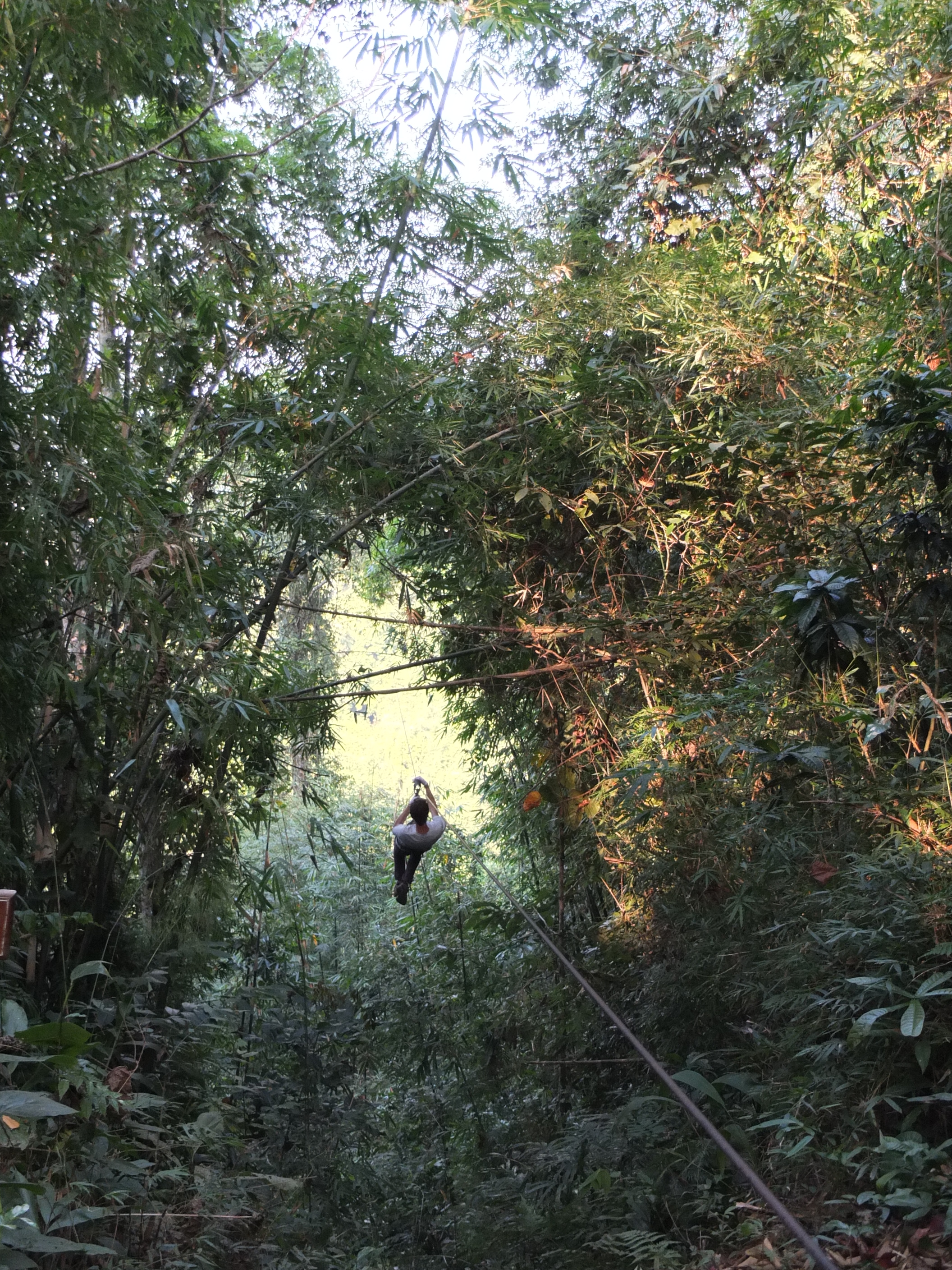 The first evening we arrived at our treehouse and were left to our own devices until the next morning. So we popped open our warm cans of beer and settled in for a game of cards. Not long after, the treehouse shook a little, indicating that someone was ziplining in with our dinner. With the lights not working we ate by torch light then called it a night, heading to bed at 8.30 pm to sleep to the soundtrack of the forest.

The following day, after plenty more hiking and ziplining, we settled into our new treehouse. As far as our eyes could see there were trees. Within half an hour of arriving we had spotted a family of gibbons happily swinging from tree to tree. And as we were on our honeymoon we were lucky enough to claim to penthouse suite.

This treehouse also had a spectacular shower and loo with a view!

It was also closer to the kitchen so that night we were joined by one of our guides who came to tell us a few stories. The enthusiasm with which he told his naughty stories was usually just as funny as the actual punchline he delivered. I now smile everytime I hear a gecko. He was previously a monk so it was also a great opportunity to learn more about their way of life. We knew that monks couldn’t be touched by women but had no idea that this extended to their own family. Imagine not being able to give your sister a hug. Only a monk’s mother may touch him. During our discussion we were also interested to find out that Laos did not have its own TV programs until 2007. As its such a new industry here apparently the shows don’t make for great viewing but atleast they don’t need to watch shows in Thai anymore.

On our final day we hiked and ziplined back to the village again where Dutchy made some friends by handing out stickers from his mum’s dental practice. Unlike the hilltribe villages close to Chiang Mai/Rai this was not a village putting on a show for tourists. Many of the kids, who had a day off from school, were snotty nosed and half naked. We sat there waiting for our ride admiring their impressive hand eye coordination as they ran downhill with a tyre and stick. Then it was another bumpy and windy ride back to Huay Xai where we treated ourselves to some delicious sticky rice and mango. 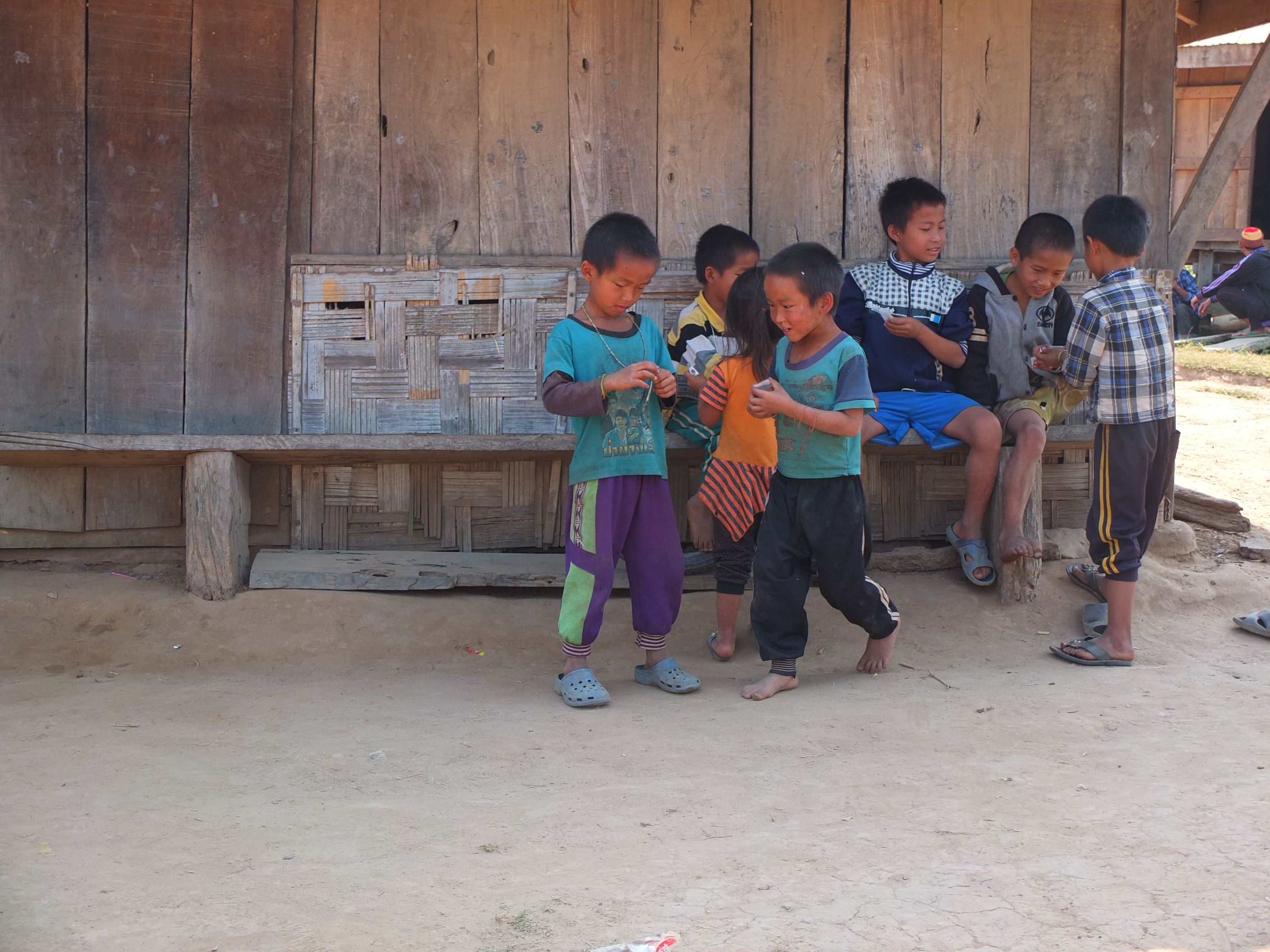 To say The Gibbon Experience was good would be a gross understatement. It was amazing and although it stings the budget we think it is definitely worth sucking it up for a unique and unforgettable experience.