A lot can change in four years. This was apparent as we made our way down the same street we stayed on during our first visit to Siem Reap. Previously it was lined with local shopfronts, kids playing, roosters and a few other guesthouses scattered along the way. This time round we found far more restaurants and guesthouses with plenty of construction going on too. Pub Street is now lit with strings of lights and has an atmosphere resembling that of Samui, minus the sleeze and ladyboys.

Fortunately,  there’s one area of Siem Reap that’s likely to remain unchanged (except for the volume of visitors) and that is Angkor Wat and the surrounding ruins. They really are a must see for anyone visiting SE Asia.

Seeing Angkor Wat for the first time is a truely breathtaking experience. In fact, we still stared in awe as we drove past on our second visit but instead opted for visiting some of the smaller temples:

Preah Khan- we got here early and it was delightfully void of other tourists. This temple, my favourite of the day, was built by King Jayavarman VII in 1191 and dedicated to his father. The nearby Ta Prohm of Tomb Raider fame was dedicated to his mother. 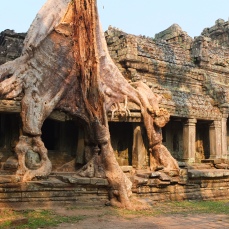 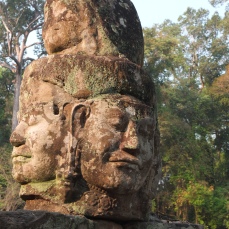 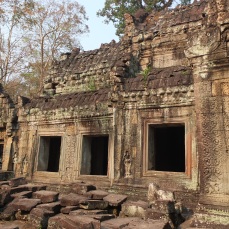 Banteay Srei- 35 km from Siem Reap, this very popular temple features intricate carvings in pink sandstone and honours the Hindu God Shiva. The depictions are so delicate that it is said they could have only been carved by women. 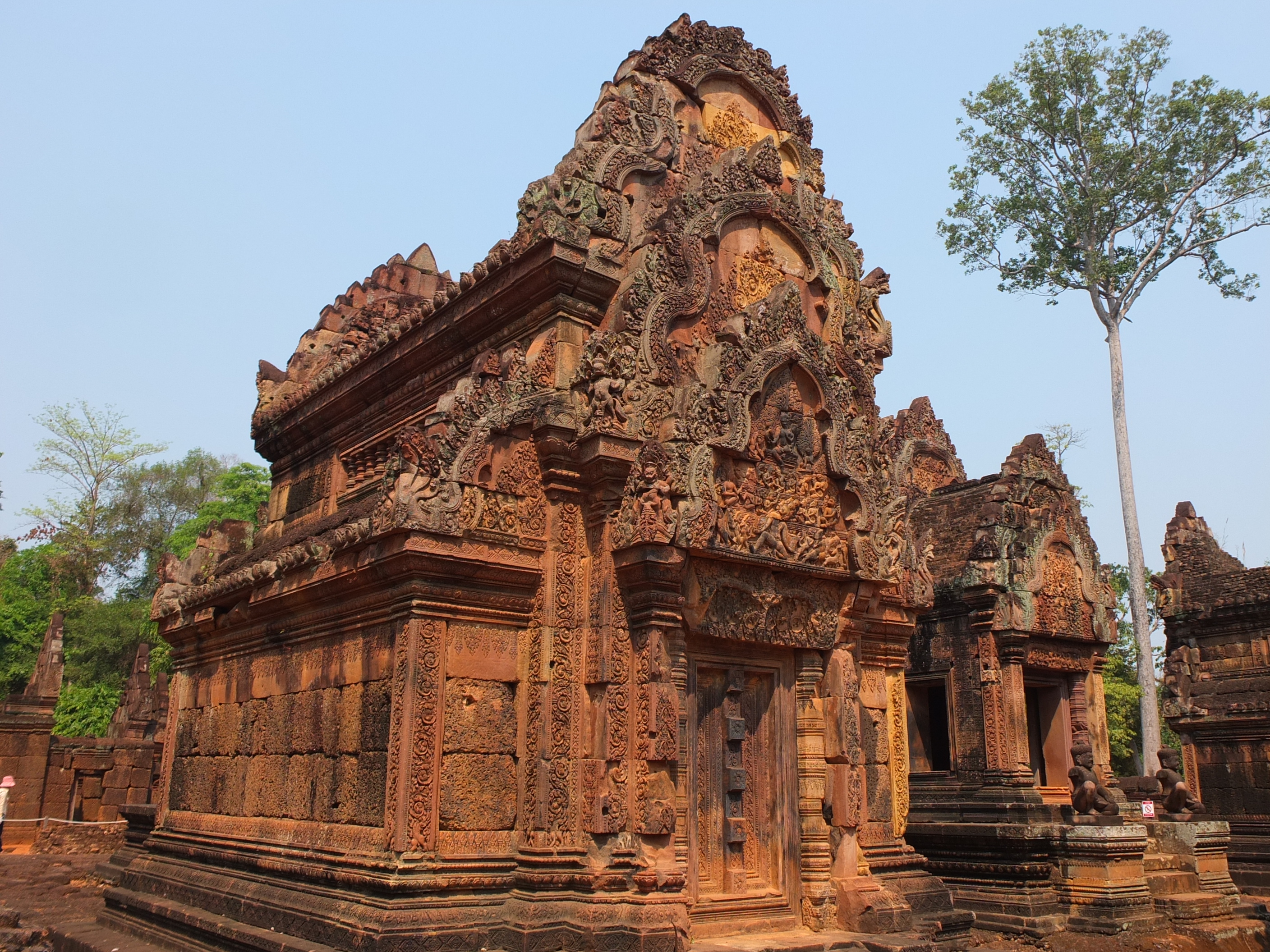 Banteay Kdei- this Buddhist temple is thought to date back to the early 13th Century and is a mix of Angkor and Bayon (face) styles. 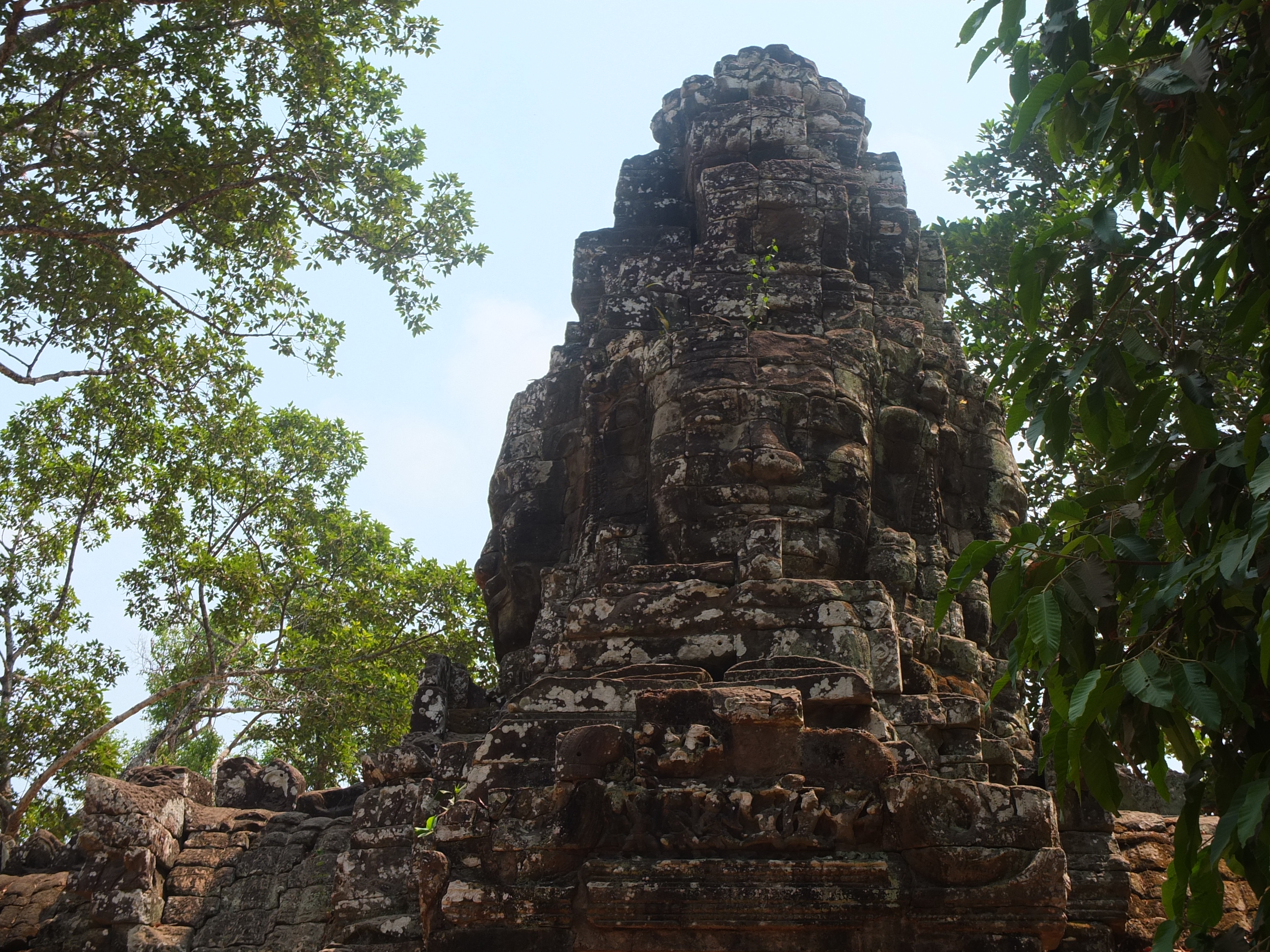 Bakong- 14 km from Siem Reap is this five level temple surrounded by a moat. As it’s a bit out of the way it was very peaceful and a nice spot for watching the sun go down. 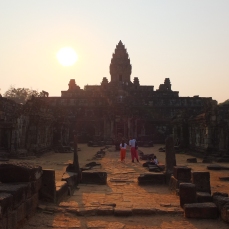 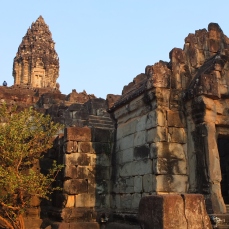 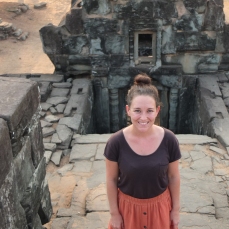 After a day of exploring temples we treated ourselves to a traditional Khmer massage. Not to be confused with the soothing Swedish style, Khmer massage is more of the getting-shit-done variety. Relaxing it ain’t, but it sure does the trick.

From Siem Reap we travelled south to Phnom Penh. The capital of Cambodia would be a delight to walk around if it weren’t for the swarms of tuk tuk drivers (would gang be a better collective noun?). Each morning and afternoon we took a stroll along the riverside and I was glad to see locals still doing their daily aerobics. 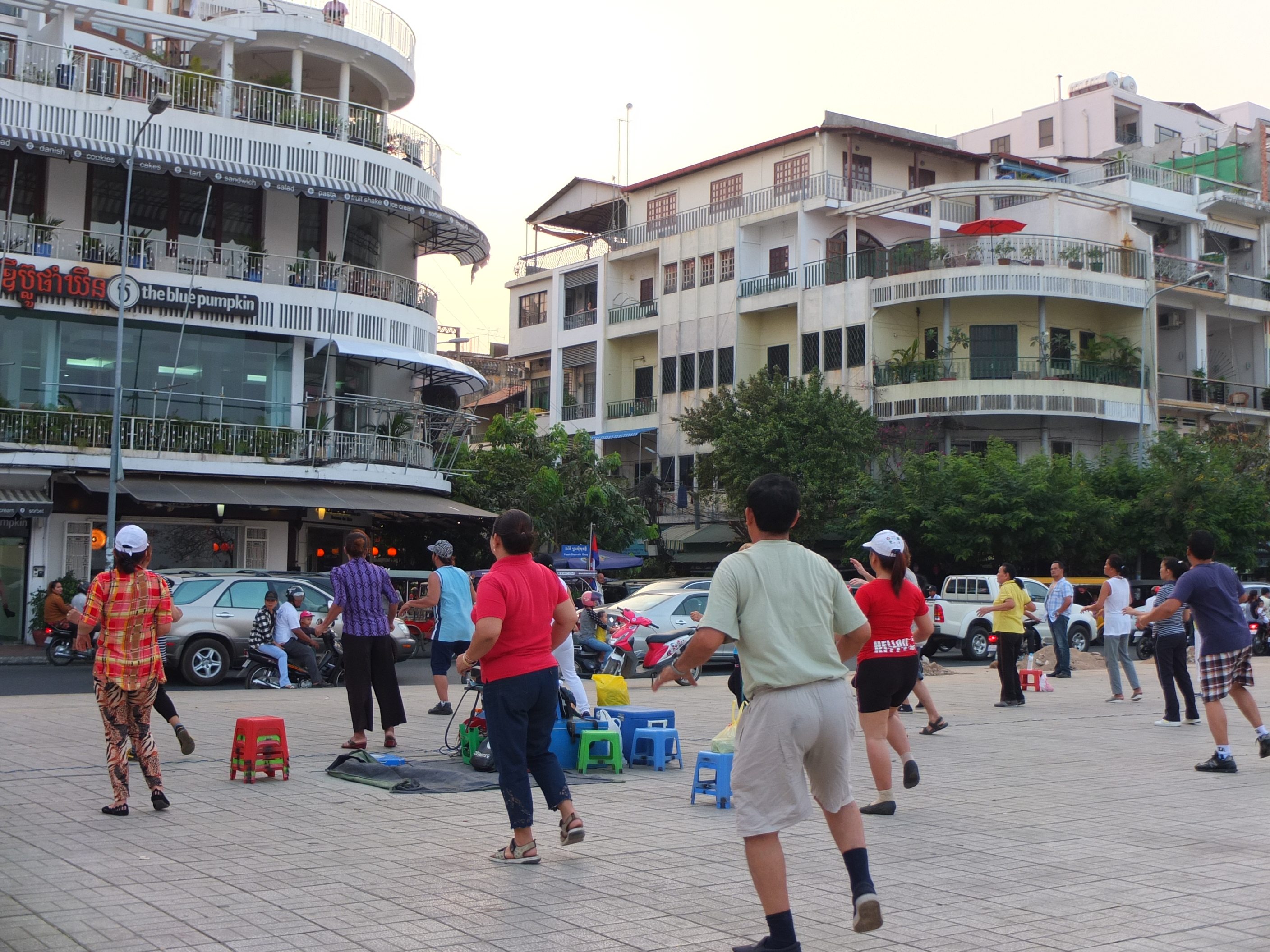 We were keen to visit two restaurants that we missed on our last visit. The first was the FCC (Foreign Correspondents Club), an institution in Phnom Penh and a great spot for a late arvo drink overlooking the river. It was nice enough but what made this a memorable visit was a bird landing on my back. Not my shoulder, my back! Just one of the risks of enjoying a mojito on the rooftop terrace I guess.

We don’t often need an excuse to eat, although we might have required one to eat this selection of insects found in Kampong Thom. 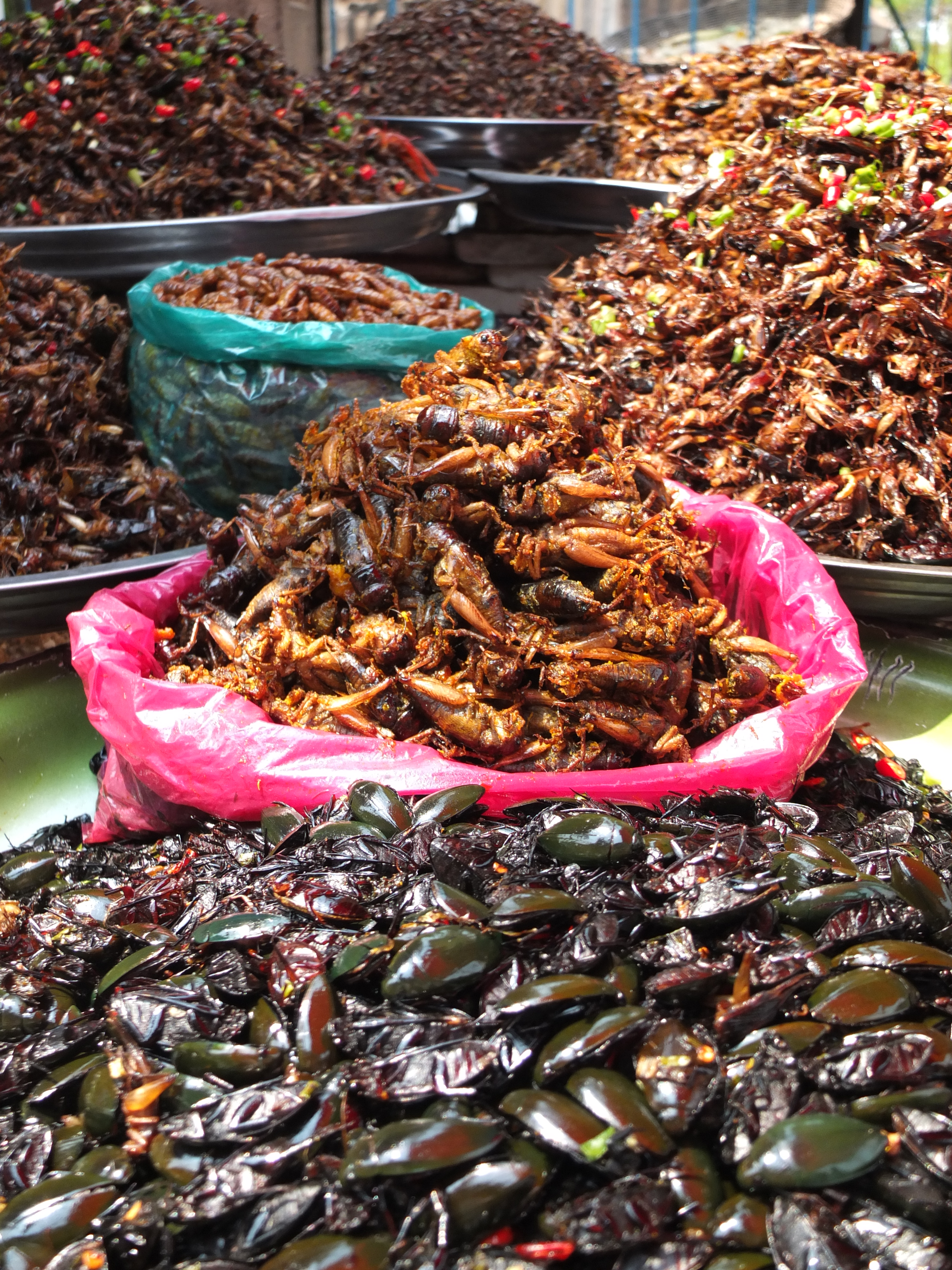 But if we did need an excuse Friends Restaurant provides the perfect opportunity to eat for a cause. The restaurant, in conjunction with TREE Alliance,  trains up street kids and other at risk young people to work as waiters or cooks. We’d highly recommend it as the service was impeccable and the tapas style food delicious. So much so we returned before heading to Vietnam. 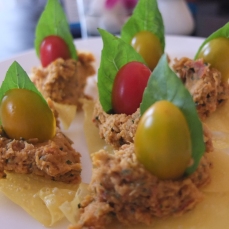 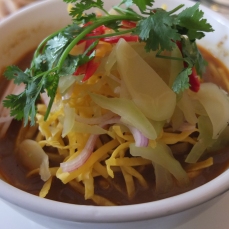 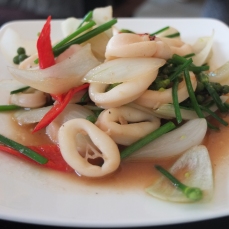 We also got our dose of history and culture at the Royal Palace and National Musuem. Of course if you’re ever visiting we’d recommend you take a trip out to the Killing Fields and Tuol Sleng Musuem for a chilling account of the Khmer Rouge genocide which saw a third of the population killed. Yes, it’s a depressing and somber day but also essential to gain an understanding the Cambodian people.

We decided to spend our last day in Phnom Penh visiting the Phnom Tamao Wildlife Rescue Centre, 40 km out of town. As our guide explained Cambodians eat everything and rich Cambodians can afford whatever pet they fancy. The rescue centre not only removes exotic animals from the homes of the wealthy but also has a breeding program to ensure animals don’t become extinct. 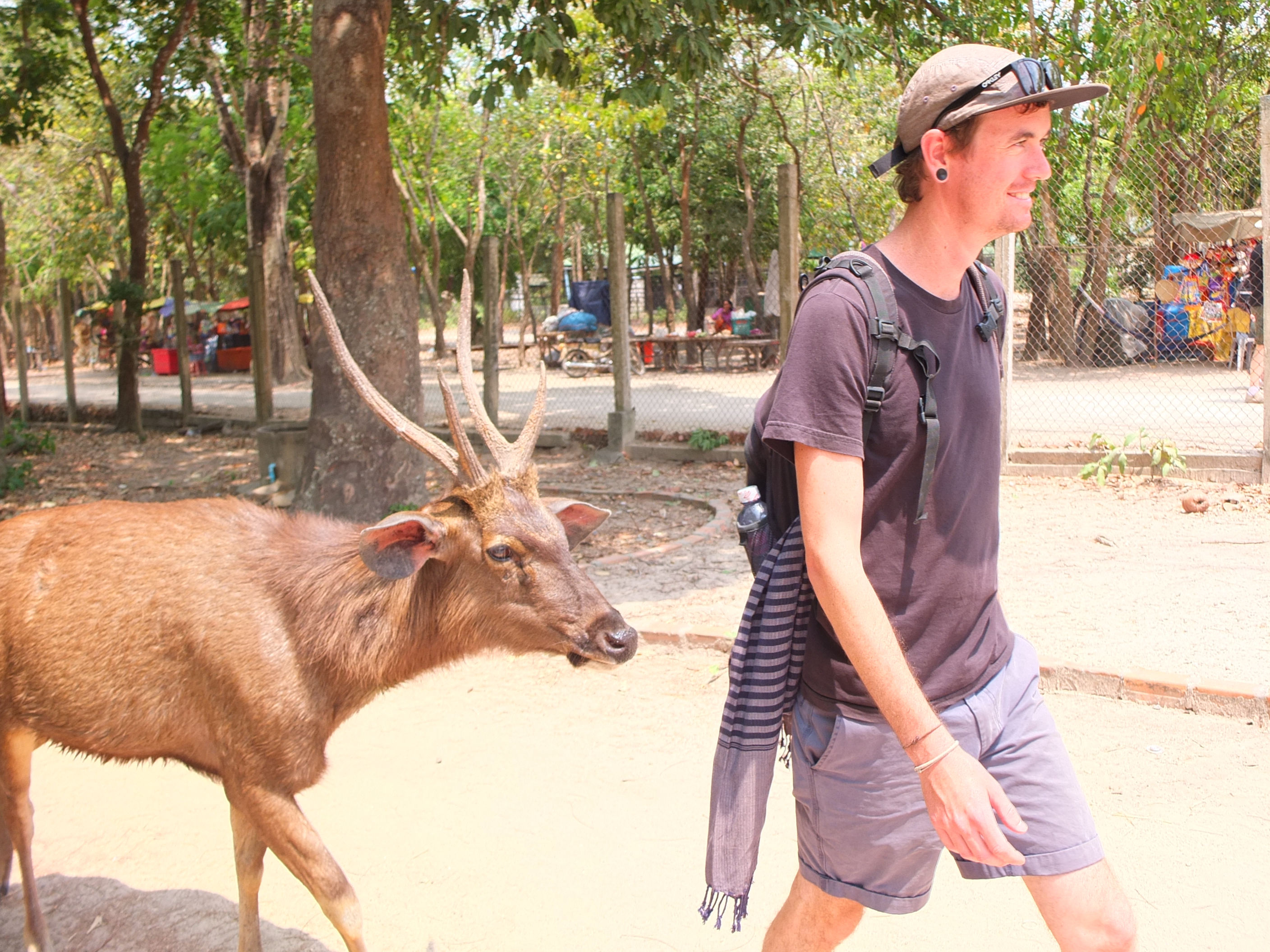 They also take in injured animals like the gorgeous Chhouk (below) who lost his foot in a poacher’s trap. 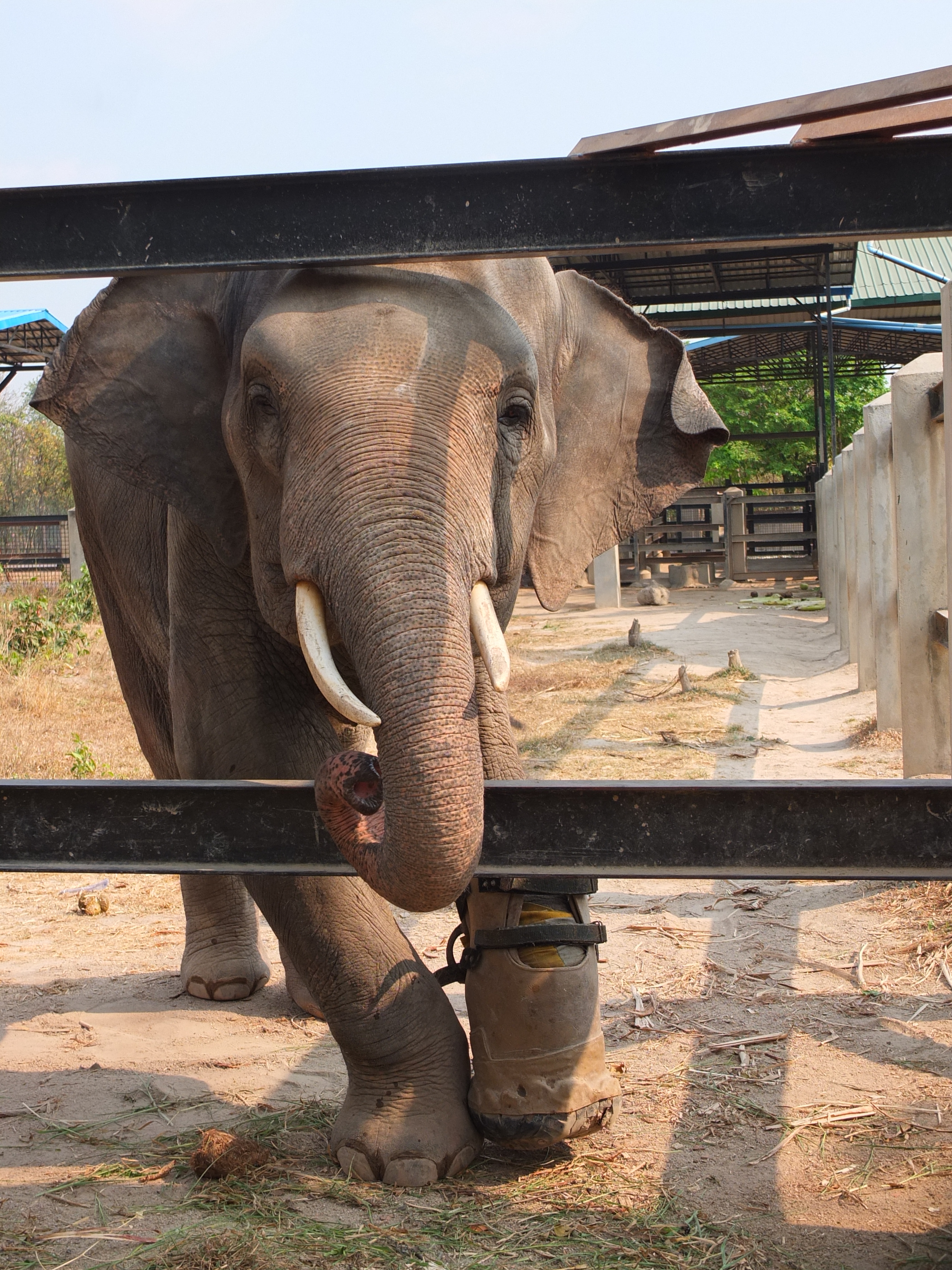 90 percent of animals are released into the wild however some remain and it’s them we visited. We were very lucky to meet Lucky on his morning walk. Our other favourite was this cheeky gibbon who loved a good arm scratch. We were also treated to a tasty local lunch and some time to chill out in the bountiful supply of hammocks. The monkeys it seems have discovered the joy of lazing in a hammock too. 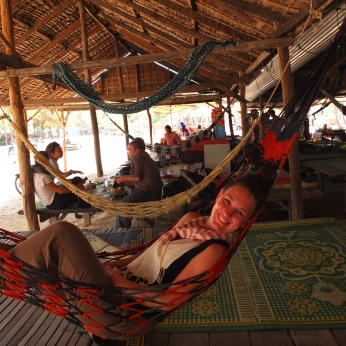 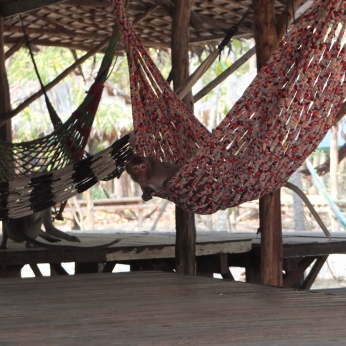 Next up, more lazing about in Kampot, one of Asia’s most relaxing cities.